Unfortunately, sometimes marriages fail. This can prove to be very difficult for everyone, especially if children are involved. If you find yourself in the midst of marital discord, please contact the Meyer Law Office as you will find someone who will listen.  You will also find someone who will fight for you and help you sort through the legal process and will work hard to help you find the solution that is best for you and all who are involved.

When a complaint comes in from the Disciplinary/Licensing Commission, professionals have many reactions. Some panic, some get angry, some are quick to confess wrongdoing. At some point, professionals think about whether they should have counsel. They think about the cost, they think about the potential embarrassment, but they rarely consider how complicated and confusing the discipline process can be. Your professional license is your career and you should not think twice about obtaining skilled legal counsel to assist you in defending what you have worked so hard to earn.  If you find yourself in the midst of a professional complaint, please reach out to the Meyer Law Office who can help.

There are all types of reasons for individuals and businesses to disagree.  Often times these disagreements lead to grounds for a lawsuit.  If you find yourself in a position where you think you or your business may be headed for a fight in court, please give the Meyer Law Office a call for the help it can provide. Many times, such disagreements or disputes can be resolved short of a contested trial. The Meyer Law Office has experience in mediating cases and stands ready to work hard for you to try to find a resolution short of trial. However, if mediation is not the solution then the Meyer Law Office will put its full resources, litigation and trial skills to work for you to help you achieve the goal you desire.

Life is busy and many folks know they need a Will, but it can seem morbid or something best left for “later.” But, we all know, life is unpredictable.  The Meyer Law Office wants to give you the peace of mind knowing that those you love will be cared for. Whether your need is a relatively simple Will leaving your estate to your spouse or children or you require a more complex estate plan with trusts and tax advice, the Meyer Law Office is here to help you. Be it drawing up a will, trust, deed, power of attorney or a blend of these, the Meyer Law Office can help you accomplish your objectives. Let’s meet to talk about what your plans are for now, and, most importantly, what your wishes are for the future.

Probate is the legal process through which a deceased person’s estate is properly distributed to heirs and designated beneficiaries and any debt owed to creditors is paid off. In general, probate property is distributed according to the decedent’s Will, if there is one, or according to state law if no will exists. If your family has experienced the loss of a family member, the Meyer Law Office can assist you with the legal process that occurs when a loved one passes away. When you experience the loss of a loved one, please contact the Meyer Law Office who can help you through the process of ensuring that everything is properly distributed to its rightful heir(s) and all other matters are properly tended to such that no legal claims are left outstanding.

A guardian is appointed by a court for a protected person or minor if no other person can legally care for the ward. Common scenarios that may warrant a court-appointed guardian over children include the incarceration, illness or death, drug use, homelessness, abandonment, or history of abuse of both parents.  A guardianship may also be necessary when an adult person qualifies as a “protected person” and is need of someone else to care for his/her person and/or estate.  Guardianships exist to provide individuals with legal authority to watch over the well-being of a protected person or minor. These cases can be extremely complex and intimidating, so you should always consult with a skilled lawyer when you have been named as a guardian or if you need to pursue a guardianship on behalf of someone else. The Meyer Law Office can help you navigate the legal processes necessary for pursuing guardianships. The Meyer Law Office can also advise you as to what your responsibilities will be as a guardian and help you come up with an effective plan of action.

Be it a contract to sell your real estate or some other valuable asset – or – be it a contract to enter into a new business arrangement, the Meyer Law Office can walk you through the contractual legal landscape and advise you as to what is in your best interests.  Moreover, It is natural for individuals and companies to have contractual disputes at some point in time. While disagreements may at some level be unavoidable, these issues must be addressed in order to minimize negative consequences. The earlier you or your company enlists the services of experienced legal counsel, the more options you will have to successfully resolve these matters.

Serving clients in all central Indiana counties and throughout the entire State.

I am a battle tested litigator and trial attorney ready to fight for you. I served as the Boone County Prosecutor for 16 years. In addition to being an elected prosecutor, I was an attorney with two law firms where I gained vast experience successfully representing both individuals and businesses with all of their legal needs. If you are in need of legal representation and advice please contact me as I know I can help and I’ll be right by your side, every step of the way. 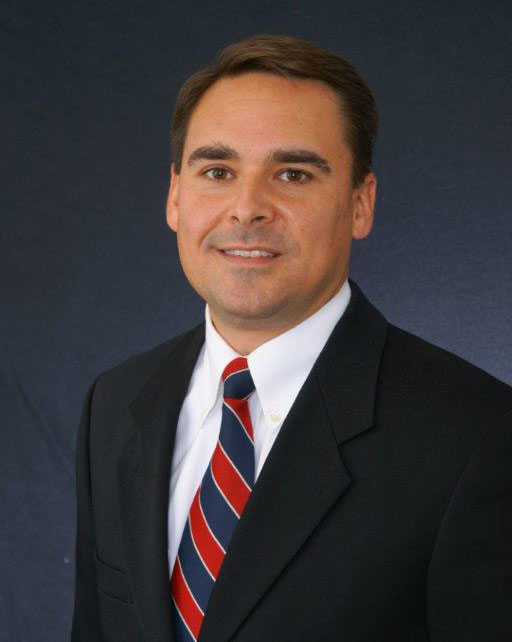 Doctor of Jurisprudence, May 1997

Bachelor of Science, Political Science, May 1994